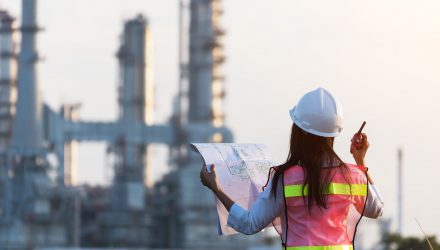 Oil climbed on Monday following U.S. President Donald Trump ending waivers on companies wishing to purchase Iranian oil without facing stiff sanctions. The price of Brent crude went up by 2.77 percent while WTI crude was up 2.43 percent as of 10:45 a.m. ET.

“This decision is intended to bring Iran’s oil exports to zero, denying the regime its principal source of revenue,” White House Press Secretary Sarah Sanders said in a statement Monday.

“The U.S., Saudi Arabia and the United Arab Emirates, three of the world’s great energy producers, along with our friends and allies, are committed to ensuring that global oil markets remain adequately supplied,” the statement added.

The companies affected most by the waivers were China, Greece, India, Italy, Japan, South Korea, Taiwan and Turkey, which are all set to expire on May 2.

Saudi Arabia and others in OPEC will more than make up the Oil Flow difference in our now Full Sanctions on Iranian Oil. Iran is being given VERY BAD advice by @JohnKerry and people who helped him lead the U.S. into the very bad Iran Nuclear Deal. Big violation of Logan Act?

Related: U.S.-Based Activists Are Expanding, Everywhere Except The U.S.