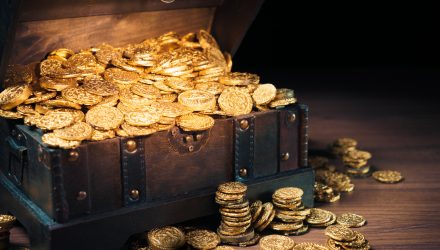 Modern Monetary Theory Explained: So Tell Me Again How Money Can Grow On Trees?

Welcome to the McAlvany weekly commentary. I’m Kevin Orrick along with David McAlvany well as promised today you’ve done an awful lot of research on an old idea that a lot of people think is new Modern Monetary Theory just a new name for an old failed idea.

Yeah and it’s no surprise that you know we’re hearing this popularized and coming from the legislative halls of Washington D.C. and it’s a juicy offer because it provides something of a free lunch.

It reminds me of in a way you go back 500 years Ponce de Leon was looking for this elusive thing called The Fountain of Youth and the thought was if he could find it. And I think he was looking in Florida and in that region the idea that you could find it you could have close to eternal life.

There’s still a lot of people in Florida looking for the fountain of youth.

It’s true. It doesn’t seem to be working.

But what was unique about this is that the Modern Monetary Theory crowd you know go back 10 15 years ago and there was the idea that maybe we could have you know a basic minimum income or maybe we should focus on guaranteed jobs. And that’s been refined. If you look at the way their community has directed the conversation now it’s really focused on guaranteed jobs and against the sort of world where justice and equality are extended to all sounds pretty good to be true particularly when you think about the price tag.

Dave I mean if the stuff worked I would sign up guaranteed jobs and free money and continued growth. Why wouldn’t any of us sign up except for the knowledge of the past.

This is where reflecting on the past. There’s nothing new here. This concept has been rebranded as Modern Monetary Theory and it is currently taking the nation by storm. But you know where’s the influence come from. This is sort of the latest greatest bright idea and we can actually trace its record through at least three centuries and if we wanted to take a couple hours instead of the limited time we have today we could actually track it back three millennia in terms of the same proposition and the same funding mechanism for the proposition. Minor variations minor variations but virtually the same thing going back three millennia.

DAVID Most people think their money a little like they think of air. They never think of it ok when I’m breathing. I’m continually Needing air. I just take it for granted that it’s there. Money is the same thing most people just try to figure out hey do I have enough to pay the bills this month. They’re not trying to philosophically figure out what the heck money is until it’s threatened.

I’m training for an open water swim here pretty soon. And one of the recommended tips for doing open water swims where there’s a lot of chop in the water. And some waves and things like that is get used to not breathing. And so what that means is you know when you’re in the pool training for it maybe you ordinarily breathe every three strokes will extend that to five and then extend that to seven and learn not to panic without it. Exactly. Exactly. But your body does panic without it. And you’re right we do take for granted something like air until your bodies and you can’t get it. Exactly exactly. Well I think most people when they reflect on money it’s a practical reflection. It’s not a particularly philosophical one. And you know it’s things like how much of it do I have. What can it be exchanged for what quantity of money represents a significant amount of wealth. And then maybe in this verges on the philosophical how does a steward of such wealth protect it. How do you put it to good use.

Look at the person in Venezuela here. They probably took their money for granted just like they did air until all of a sudden their money didn’t buy anything.

Of course being a student of philosophy maybe. I tend towards the philosophical question but there is a more philosophical question one that affects all of us every day. The question is what is what is money. You know we did. We did a video and you can find it on YouTube called what is real money. Maybe three years ago four years ago. But there are several questions and the simplest is this I mean what do you buy things with Maria when you thinking about what is money what do you buy things with. So to be more specific it’s a quantity of some physical asset it’s divisible. It’s useful in the exchange for goods or services. And you know the reality is her time. Many things have been experimented with many assets have been tried in that regard over thousands of years. You’ve got this trial and error and through that trial and air gold silver proved to be by far the best option.

You know it’s interesting going back and looking back just at the last century. I mean bars of soap have been used as money cigarettes and prison have been used as money vodka. Klaus Buescher told me when he was in Germany during the war vodka after the war when the deutsche mark collapsed was used to end the problem is central banks don’t store a third of their reserves in cigarettes and vodka but gold. They do.

Right. So you’ve got the added value of a concentrated form of wealth something that doesn’t.