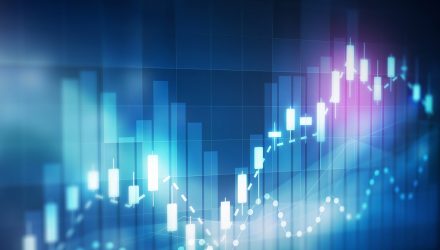 How Market Data Could Effect A Rate Cut Decision

Ian Young September 12, 2019
With markets once again within less than 1.5% of all time highs, investors are concerned that these lofty levels could be derailed by global and economic events such as a Fed rate cut, or lack of one. One analyst weighs in on CNBC as to how economic data play into the markets and what the upcoming Fed meeting is likely to hold.
Producer Pricing Index (PPI) data could weaken some according to Jay Bryson, Wells Fargo acting chief economist, which would reflect an overall decline in industrial production, which the Fed will take into consideration.
“In general if you look at the year-over-year rates they’re still down to where they work you know a few months ago and I think that all makes sense. We’ve seen a deceleration in the industrial side of the economy, not only here in the US and globally as well and you would expect to see that producer pricing data softener a little bit,” said Bryson.
A healthy inflation rate is another factor the Fed measures, and CPI is one key indication of how inflation is doing.
“Well we do think the CPI inflation rate is going to trend up a little bit higher from here. We’ve seen that from the recent momentum. That said I don’t think you’re looking at a CPI inflation rate on a year-over-year basis well north of 2 1/2% anytime soon. I think this is kind of the least of the feds worries right now, is higher inflation and frankly I think if I would actually welcome a little bit higher inflation. They want to have inflation expectations come a little bit higher. And so in general we look at inflation in the economy today and they’re just really isn’t much of it at all,” Bryson added.
“We’re thinking of it essentially as a midcycle adjustment to policy,” Powell previously said. Powell added that Fed officials “think it will serve all of those goals” that he mentioned.
Bryson believes that the upcoming meeting may give Powell a chance to recant on his prior statement, which put investors on edge, potentially soothing markets.
“Well I would think Chairman Powell will talk about a mid-cycle adjustment here. I mean you know the market reacted negatively to that the last time around and I think he’s just gonna say we we remain ready to do whatever we need to do to keep the expansion going, You know stop there, end of sentence; not talk about the mid cycle adjustment,” he added.
While there is much debate about interest rates where the markets are headed, if equities are poised for a rocky ride ahead, traders can take advantage of market oscillations with leveraged S&P 500 ETFs, such as the Direxion Daily S&P 500 Bull 2X ETF (NYSEArca: SPUU), Direxion Daily S&P500 Bull 3X ETF (NYSEArca: SPXL) for gains and the Direxion Daily S&P 500 Bear 1X ETF (NYSEArca: SPDN) for declines.
For more market trends, visit ETF Trends.