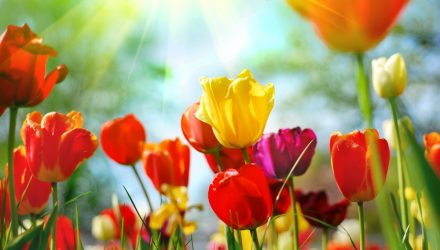 Looking for May Flowers

Based on recent market action, investors appear to be positioning for 2020 to be a lost year. First quarter earnings have been weak, the second quarter is projected to be even worse, and the few corporations who are still offering guidance have made it clear that it the path forward will be murky. The economy and consumer are under considerable pressure and likely to remain that way as the reopening process will be slow. For example, over 30 million jobs have been lost in the US in 6 weeks alone. However, the power of trillions of stimulus dollars and improving data related to hospitals and deaths has boosted sentiment pushing up multiples.

While both soft and hard data has looked bleak, global equities (especially U.S. names) had a fantastic month of performance in April. While it is true that the market is a discounting mechanism that is constantly looking into the future, under some valuations, it has never been richer. Given the uncertainty in the near-term, the argument that stocks are attractive is increasingly difficult to justify. An easier argument may be that with interest rates likely to remain at rock bottom levels for quite some time, stocks are the only means of seeing reasonable returns.

Figure 1: The Recovery in Stocks has Pushed Multiples above Prior Cycle Highs

Source: Bloomberg, L.P. covering the period from 4/30/2010 to 4/30/2020. The data represents the price of the Russell 1000 Index and the Bloomberg Estimated Forward Price/Earnings multiple of the Russell 1000. Index descriptions presented under Definitions below. Past performance is not indicative of future results. One cannot directly invest in an index.

Performance was Positive in a Big Way

Recent price trends have not completely followed the traditional recovery playbook. While the lowest quality stocks in the S&P 500 underperformed the highest by 2.70% in a sign of a classic junk rally, growth continued to dominate value thanks to the continued resiliency shown by the technology sector. Over the last year, growth stocks have outperformed value stocks by nearly 22%, and the spread between the two are notably near what we saw during the Dot-Com bubble.

On the other hand, small caps narrowly bested large caps and the two are essentially flat relative to one another since markets bottomed on March 23. While some in the financial media were right to point out that small caps posted some outsized returns relative to large caps in the last week of the month, we note we witnessed this behavior in March as well.

At the sector level, energy was the standout, up 30% even as the front-month contract for WTI traded negatively for the first time in history. However, energy’s small contribution at the index level, given its small weight, was not enough to derail cyclical sectors from beating defensive sectors. Divergences have been a theme over the course of 2020, as the difference between leaders and laggards at the sector, industry, or single country level have been stark. With a risk-on tone to markets in April, utilities and consumer staples underperformed the broader market, but were still positive for the month.

Given the drawdown we have experienced since February, April may not feel as positive, or impressive, as investors may realize. To put this past month into perspective, it was the best single month for U.S. stocks over the last forty years, and one of only eight months with double-digit returns. Looking past the U.S., emerging markets outperformed developed markets by 2.60% as investors appear to be comfortable taking on risk. Year-to-date, emerging markets hold a narrow lead over developed markets, but remain a laggard over the trailing 12 months. Over the last year, U.S. companies have beaten an index of developed and emerging market companies by almost 11% as the U.S. continues to be a haven due to its higher quality composition.

Figure 2: April was the Single Best Month in the Last 40 Years

Source: Bloomberg, L.P. Data is representative of the U.S. stock market as defined by the Russell 1000 Index. Index descriptions presented under Definitions below. Past performance is not indicative of future results. One cannot directly invest in an index.

Money in Motion, but Hard to Say Why

With the overhang of extreme volatility, ETF investors went their own way when it came to allocating capital on an absolute and relative basis.

Investors redeemed assets from both U.S. large and small cap ETFs, pulling $5.8 billion combined and $5.4 billion from U.S. large caps alone. Developed market ETFs fared worse with $7.1 billion of outflows. ETFs with emerging market exposure saw $4.1 billion of redemptions. The outflows in broad market exposure tools and notable flows across sector and style products tells us that investors are really looking under the hood for the right places to be within the equity markets.

Throughout April, investors added $3.5 billion to growth ETFs and $1.4 billion to value ETFs. Sector ETFs also saw inflows with defensive sectors seeing $7.6 billion and cyclical sectors taking in $4.1 billion. Perhaps a bit surprising to see, leadership within the cyclical sectors space came from the Materials sector, followed by Technology. We also saw some inflows into one of the major laggards on a year-to-date basis, Financials. Healthcare continues to garner most of the attention within the defensives space, but unlike cyclicals, all four sectors within the defensives segment saw inflows over the course of April. Again, flows suggest that investors seemed to take the market recovery as an opportunity to take on more distinct exposures. Going forward, this may be a healthy trend as investors take advantage of dislocations more so than prior years, where broad-based beta exposures dominated flows.

Source: Bloomberg, L.P. covering the period from 4/1/2020 to 4/30/2020. Data is representative of the cumulative net flows seen across sector products within the U.S. ETF landscape over the month of April. The bars in gold are defensive sectors, while the bars in blue are cyclical sectors.

Where are We Headed?

As is always the case, eventually we will see an economic recovery, but preferences will likely change. For example, consumers may save more than they have in the recent past. Many corporations have already announced reductions to their buyback programs. They may also see their profit margins compress due to the potential for higher expenses and taxes. It seems likely that entire industries like airlines and leisure will experience a lasting impact, which may take considerable time from which to recover.

What is also lingering is the potential for a second wave of COVID-19. More progress on testing and tracking systems will need to be made rapidly. Even so, we believe that the willingness of central banks to be aggressive and creative will remain in place. Investment grade and high yield credit spreads compressed 27% and 18%, respectively, before the Federal Reserve even purchased any bonds.

After a blowout month supported by massive stimulus, the progression of the health crisis and signs that the reopening of economies will influence the direction of asset prices from here. Diversifiers, such as gold, will likely continue to be beneficial in helping dampen portfolio volatility. As noted earlier, valuations for stocks are not necessarily attractive at these prices, but any dip may be relatively short lived as investors see limited alternatives for gains. With economic growth scarce, investors companies with robust balance sheets, favorable multiples and strong cash flow generation may be poised to continue doing well. At the same time, companies that are poised to benefit from the potential longer-term impact of this pandemic may offer opportunities.

Figure 4 highlights the current positioning of our quantitatively based Relative Weight Model. These views are recalibrated monthly based on composite measures of momentum and valuation. Compared to last month, our model remains overweight to Large Cap, Growth, and the U.S. Given the recent relative momentum in Defensive Sectors, the momentum composite between cyclical and defensive sectors has moved to neutral (previously still in favor of Cyclical Sectors), but continues to trend in the favor of defensive sectors. Ultimately, the macro-economic environment leaves us overweight defensive.

Direxion Relative Weight ETFs Risks – Investing involves risk including possible loss of principal. The ETFs’ investments in derivatives may pose risks in addition to, and greater than, those associated with directly investing in or shorting securities or other investments. There is no guarantee that the returns on an ETF’s long or short positions will produce high, or even positive returns and the ETF could lose money if either or both of the ETF’s long and short positions produce negative returns.  Please see the summary and full prospectuses for a more complete description of these and other risks of the ETFs.