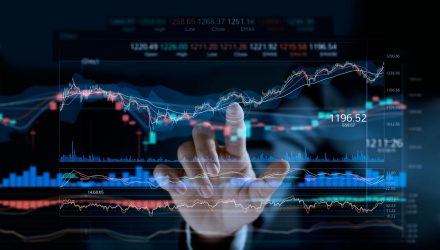 Leveraged S&P 500 ETF Could Be Poised for More Gains

This week, the S&P 500 reached a key bullish technical level, which could pave the way for gains in the Direxion Daily S&P500 Bull 3X ETF (NYSEArca: SPXL).

SPXL rose 2 percent on Friday behind investor optimism that a trade deal with China could get done sooner than later as the S&P 500 gained 0.79 percent. Last week, the S&P 500 slid past its 200-day moving average for the first time since December 3.

To some technical analysts, breaking through that 200-day moving average paves the way for bigger gains ahead.

“It should open the door to 2,800 now…. It does feel like the advance/decline line is really strong. The broad-based rally is strong. We have two days of overseas markets rallying. It doesn’t seem as if it’s a fake out for now. … The active bulls keep stepping up where they have to,” said Scott Redler, partner with T3Live.com, a firm that offers live streaming for traders.