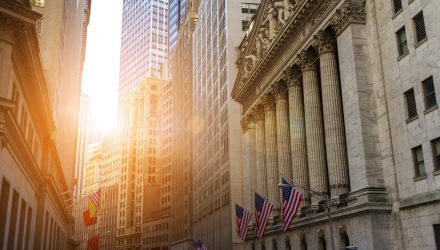 U.S. stocks fell on Monday after crude oil saw a colossal price escalation following drone strikes on a Saudi oil facility over the weekend, which has impeded more than half of the kingdom’s daily exports, or about 5% of the world’s crude production.

The Dow Jones Industrial Average, which had rallied yet again on Friday, posting its first eight-day winning streak in over a year, with improving sentiment around U.S.-China trade relations, fell over 0.5%, while the S&P 500, and Nasdaq, which had already faced struggles on Friday, slipped roughly 0.3%.

Quincy Krosby, chief market strategist at Prudential Financial, said “anything that would suggest this is going be painful for the economy” is going to hurt the stock market.

“It’s contained, right now,” said Krosby. “That’s a function of the U.S. increasing its oil production. We are much less vulnerable to outside influences.”

After closing on their highs Tuesday, stock index futures rallied further Wednesday evening after President Trump declared that he would be postponing the planned increase of tariffs on Chinese goods by a little over 2 weeks, as a “gesture of good will.” The tariffs, which are designed to increase to 30% from 25% on about $250 billion worth of Chinese goods, have been a topic of much debate recently. Treasury Secretary Steven Mnuchin said Thursday morning that the president “could do a deal any time” with China but won’t until “it’s a good deal.”

The unexpected risk from the massive supply disruption in oil likely gave investors pause, as they considered the upcoming effects on the economy.

This “is the largest supply shock ever. The world is dependent on strategic reserves right now and you will see SPR draws,” said Bob Ryan, chief commodities and energy strategist at BCA Research, in a note. “The market could tighten significantly if the outage is indeed weeks and not days.”

While many investors are still encouraged by the gains in the market throughout late August and September, the market has been struggling since it came within spitting distance of all-time highs last week.

“Market breadth is improving as value stocks begin to catch a bid,” said Craig Johnson, chief market technician at Piper Jaffray, in a note. But “at this juncture, we suspect most of the good news is already priced in and the downside risk from any disappointment is high.”