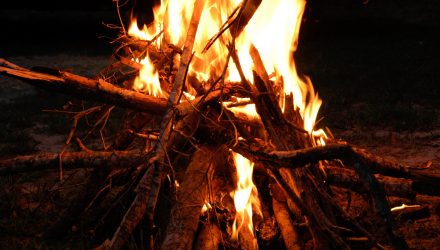 The markets were set adrift in a sea of red following Wednesday’s announcement by the Federal Reserve that it will raise interest rates by another 25 basis points. Federal Reserve Chair Jerome Powell sent dovish signals with the prospect of only two rate hikes rather than three, but the capital markets apparently didn’t see enough doves.

SPXS seeks daily investment results equal to 300% of the inverse of the daily performance of the S&P 500® Index. The fund, under normal circumstances, invests in swap agreements, futures contracts, short positions or other financial instruments that, in combination, provide inverse (opposite) or short leveraged exposure to the index equal to at least 80% of the fund’s net assets.

With investors hoping for a Santa Claus rally following the rate hike announcement, it appears the prospects are only getting slimmer. Now, the possibility of gains rests in the hands of a U.S.-China trade deal coming into fruition.