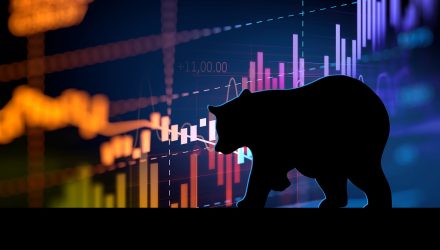 While Merrill Lynch Wealth Management and Bank of America said on Tuesday that a recession might not be in the cards, Goldman Sachs’ premier U.S. stock strategist noted Wednesday that the longest U.S. bull market in history will meet terminate soon, with equities seeing masses losses beyond what they’ve already suffered over the last three weeks.

David Kostin, Chief U.S. Equity Strategist at Goldman, wrote that the historic fall in interest rates is unlikely to protect companies from a “collapse” in second- and third-quarter profits, and he suggested clients look into investing in businesses with stable earnings and robust balance sheets.

“After 11 years, 13% annualized earnings growth and 16% annualized trough-to-peak appreciation, we believe the S&P 500 bull market will soon end,” Kostin warned in a note. “Investors have cut their equity positions in recent weeks, but not to levels reached at the trough of other major corrections this cycle.”

Kostin curtailed his midyear S&P 500 forecast to 2,450, which would represent an additional 15% loss from Tuesday’s close to levels not seen since December 2018. With the dizzying pace of the recent decline, this would put this S&P 500 down nearly 1000 points from its all-time high last month.

The potentially good news, however, is that the analyst anticipates a rebound in the second half of this year, elevating the S&P 500 to 3,200 by year’s end, or roughly 11% higher from present levels.

Markets have been struggling since last month, but the pace of the decline has accelerated as the coronavirus has gone pandemic, and fiscal stimulus seems nowhere in sight.

“Both the real economy and the financial economy are exhibiting acute signs of stress,” Kostin wrote.

“Supply chains have been disrupted, and final demand has declined for many industries. Travel is contracting sharply as both individuals and businesses restrict movement,” he continued. “Airlines, hotels, cruises, and casinos report plunging demand, lower occupancy, and cancellations. Employees are being furloughed.”
The hammering of long-term interest rates also sent ETFs that track big U.S. banks spiraling, with the SPDR S&P Bank (KBE) fund down 30% this year. Constituents of the fund, like J.P. Morgan and Citi, are down 27% and 30%, respectively, during that period.

Despite all the doom and gloom, plummeting markets can provide opportunities to make money. For savvy investors with an appetite for risk, the Direxion Daily S&P 500 High Beta Bear 3X Shares (NYSEArca: HIBS) and the Direxion Daily Dow Jones Internet Bear 3X Shares (NYSEArca: WEBS) are just two of the many inverse ETFs that can be used to capitalize on falling markets.