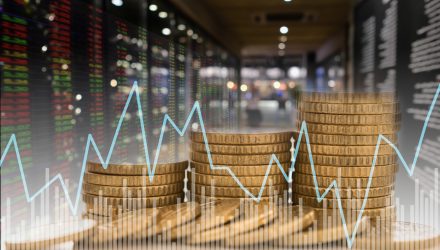 Gold Versus Bitcoin: Who Comes Out on Top?

Leading cryptocurrency Bitcoin, dubbed “digital gold,” is having astronomical gains this year, but the precious metal itself has been maintaining its status as a go-to safe haven with its latest price increases as well–who comes out on top?

Bitcoin recently broke through the $13,000 price barrier, rising to its highest level in 17 months on Wednesday. The heavy volume is helping Bitcoin rally to almost 60 percent in June alone.

“While this rise in volume has come from increased activity among our usual buyer base of hedge funds and family offices, an interesting new buyer group has emerged for us – endowments of private schools. This new group helps highlight how Bitcoin and crypto adoption is spreading,” said Michael Moro, CEO of digital currency trading platform Genesis Global Trading.

Helping to spur interest in Bitcoin is Facebook’s digital currency project. This news is setting the cryptocurrency space abuzz with optimism as Bitcoin reached a high of $20,000 near the end of 2017 and fell over 70 percent since, but is climbing back to prominence again following this news.

With the central bank poised to cut rates later this year after remaining steady through the first half of 2019, gold has made a move past the $1,400 price level.

“In line with our expectations, the Fed signaled a dovish turn and a temporary end of the tightening cycle. This pushed the dollar and U.S. real rates sharply lower … While the 10-year US TIPS yield dropped to its lowest level since November 2016 at 0.27%, the DXY dropped to its lowest since March 2019 at 96.63,” Orchid Research said in a Seeking Alpha post on Wednesday.