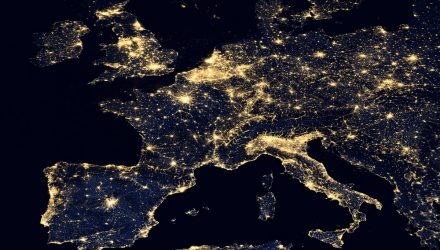 Get Bullish on Europe’s Resurgence with ‘EURL’

Despite a third wave of coronavirus cases in Europe, the Direxion Daily FTSE Europe Bull 3X ETF (EURL) is still chugging along. As Europe looks to contain the virus, traders can get bullish on an economic recovery.

“We have to break this third wave,” said German Chancellor Angela Merkel in a CNBC report. “We are obliged by law to contain the spread, and at the moment, that’s not happening.”

In spite of the third wave of cases, EURL is moving onward and upward, at least within the last 12 months. The fund is up about 180%. 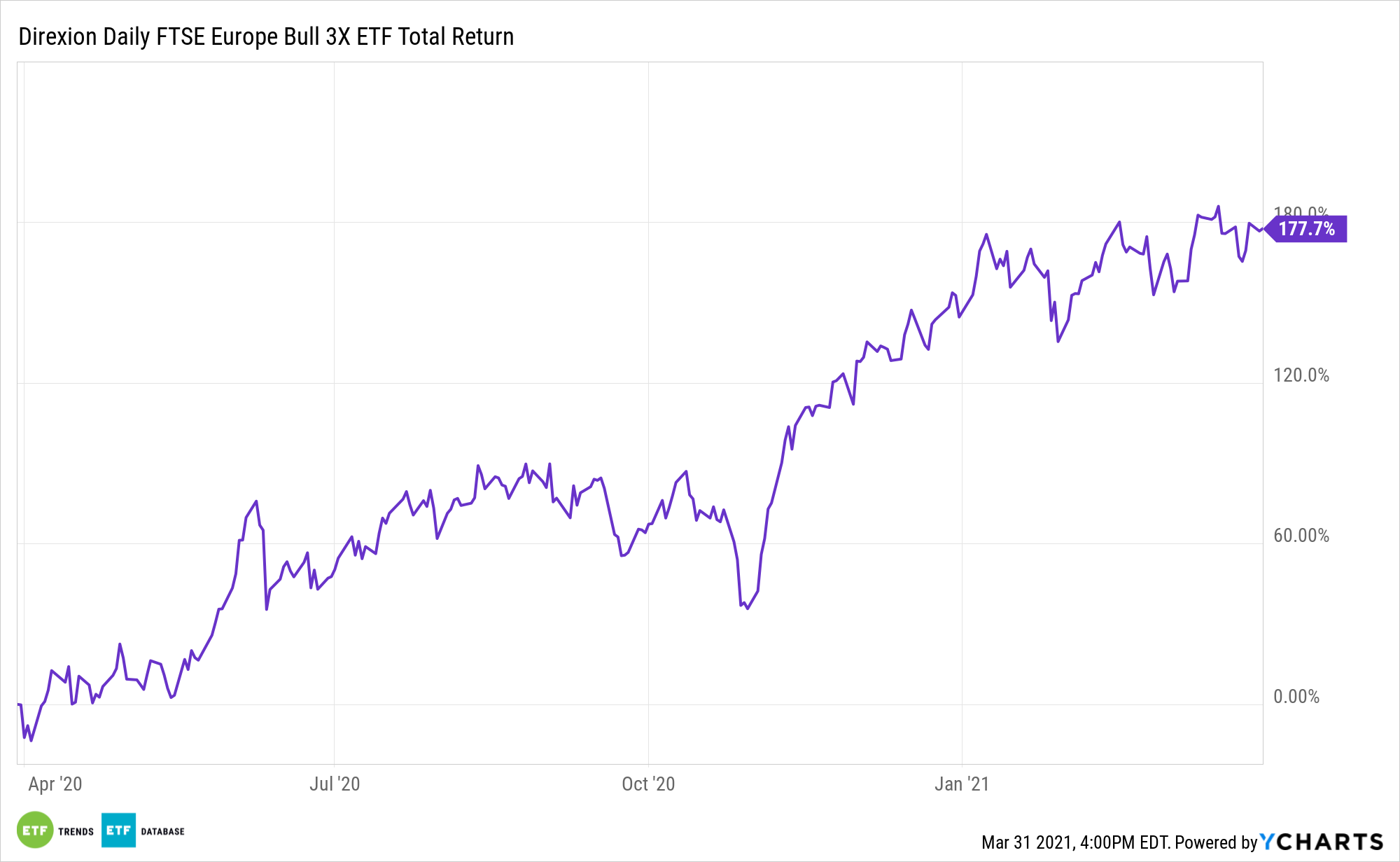 Momentum could be at an inflection point with EURL as the relative strength index (RSI) teeters between overbought and oversold levels. Right now, the 50-day moving average is still above the 200-day moving average, showing upward momentum since late last year.

The euro is flashing signs of how well the markets are reacting to the latest news coming out of Europe. During Monday’s trading session, the euro retreated as the prospect of more Covid-19 measures hurts the economy in the short-term.

“The euro languished below $1.18 on Monday as the prospect of tougher coronavirus curbs in France and Germany weighed on the short-term outlook for the European economy,” a Reuters article reported. “The common currency is headed for its biggest monthly drop since mid-2019 as Europe’s faltering vaccination programme runs into a wave of new infections even as positioning data showed investors remain heavily long euros.”

“Much focus will remain on the virus situation in Europe and whether lockdowns can slow rising case numbers and also whether the slow pace of vaccinations can finally reach exit speed,” ING economists said in a daily note.