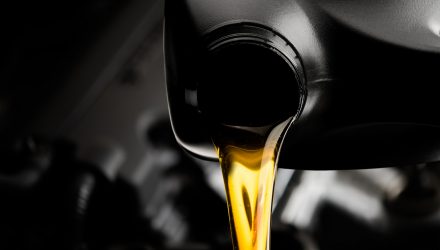 Gains were fleeting for oil bulls following the U.S. airstrike in Iraq that killed an Iranian general, which saw prices skyrocket before subsequently falling as tensions began to subside. Putting further pressure on oil prices is output growth slowing in the U.S. due to less drilling rigs.

“U.S. oil output growth could decelerate by more than 50% next year as greater capital discipline cuts drilling rigs in America’s largest shale patch,” Sheela Tobben wrote in a World Oil report. “Production is set to expand by 400,000 barrels a day, the weakest growth since at least 2017, according to the U.S. Energy Information Administration. Output is seen increasing by a little over 1 million barrels a day this year.”

Oil companies are already looking through fog-covered glasses when looking ahead to what’s in store for prices as these cuts continue.

“The slowdown will be driven by austerity in the Permian Basin, America’s shale-oil engine,” the report said. “That’s after shares of producers were hammered for unbridled output coming at the expense of investor returns. The heads of companies including Pioneer Natural Resources Co. and Centennial Resource Development Inc. have warned of a downturn.”

A slowdown is also being forecasted by the Energy Information Administration (EIA), but other organizations globally are supporting this notion.

“The EIA isn’t alone is expecting a slowdown in growth,” the report noted. “The Paris-based International Energy Agency has issued similar forecasts. Slower production growth could undermine America’s recent transition to being a net energy exporter. In October, the nation sent more crude and refined products abroad than it imported, marking the second consecutive month it was a net petroleum exporter.”

Weakness in oil prices could drive gains for Direxion Daily S&P Oil & Gas Exploration & Production Br 3X ETF (NYSEArca: DRIP). DRIP seeks daily investment results that equal 300% of the inverse of the daily performance of the S&P Oil & Gas Exploration & Production Select Industry Index, which is designed to measure the performance of a sub-industry or group of sub-industries determined based on the Global Industry Classification Standards (GICS).

For contrarians, a fall could present a buy-the-dip opportunity. Traders can consider ETFs like the like the SPDR S&P Oil & Gas Exploration & Production ETF (NYSEArca: XOP).