You are at:Home»Leveraged & Inverse Channel»Forex Spreads: What Are They and How Do They Work? 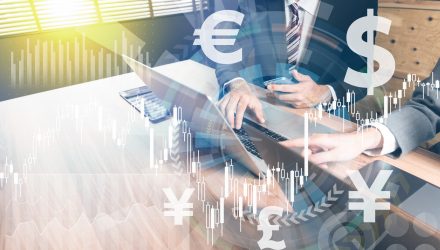 Forex Spreads: What Are They and How Do They Work?

Every investor and trader who wants to do transactions in the forex market needs a broker who charges a fee or commission for executing buy and sell orders submitted by an investor.

Either from a commission, of which amount almost always depends on the volume of foreign exchange trading, or by a spread premium over an interbank spread without any further fee. With these ECN/STP brokers, the spread corresponds to the interbank spread, which is passed on 1:1 to the customer.

The spread is the difference between the buy and sell price. Listing on the exchanges or with the respective Forex broker on their platform is carried out using terms such as bid/ask. A great way to look up the spreads is to go to forex live rates.

The forex spread is not regulated and is at the discretion of the broker. Depending on the trading method of a trader (e.g. swing trading, day trading, scalping), the size and timing of the spread is an important factor in choosing a suitable broker. Whether an ECN broker with the most favorable spreads and a commission preferred, or rather with fixed higher spreads, is the matter of taste or depending on the strategy.

The forex spread is calculated by the difference between the two values ​​bid and ask, which are constantly tied to a specific currency pair. As an example, we take the following values ​​for the spread for the major currency pairs:

In currency trading, the profit and loss of trade, stop loss, slippage as well as the spread are given in pips for better comparability with different currency pairs and trading sizes.

A pip is the fourth digit behind the comma when the price of a currency pair is around 1 on the order of magnitude. Thus, a spread of 0.00025 equals 2.5 pips. The pip is the smallest unit in the exchange rate. Most currencies quote to the fourth digit after the decimal point, however, in case of JPY, it can be the second digit after the comma, because the price of the currency pair is around 100 and not 1. The pip is exactly this last value, for example, the 4 at the exchange rate 1.3244. The spread always depends on liquidity, so higher spreads may occur in times of lower trading volumes, while these may be reduced again if liquidity increases.

There are no regulations for the spreads, but it can be divided into variable and fixed spreads:

If a broker bills commission and spread on a transaction, the spread can be relatively small, for example, EUR / USD 0.1 – 1 pip (plus the commission). If the transaction costs only consist of the spread, the spread is usually higher, with EUR / USD, for example, 1 – 3 pips.Avoid buying or selling thinly traded currencies. Multiple market makers compete for business when you trade popular currencies, such as the GBP/USD pair. If you trade a thinly traded currency pair, there may be only a few market makers to accept the trade. Reflecting the lessened competition; they will maintain a wider spread.

Conclusively, a broker may still offer a fixed spread over all trading hours or may require a variable spread for the transactions depending on the trading time: the largest trading volumes will be in the London session (9h-17h30 CET) and in the New York session (14h- 23h CET). During this time, the variable spreads will be the lowest. Thus, it is advised to trade during this favorable time, when many buyers and sellers are active in the market. When the number of buyers and sellers increase, competition and demand for the business increases and consequently, market makers usually lower their spreads to take advantage of it. During the night hours (Tokyo and Sydney Session), currency trading revenues will be lower. Accordingly, some brokers require a higher spread.

These costs must first be earned, which is why a negative amount appears on every trading account immediately after entering a trade. This amount equals the spread that the broker requires for this currency pair at the current trading time.