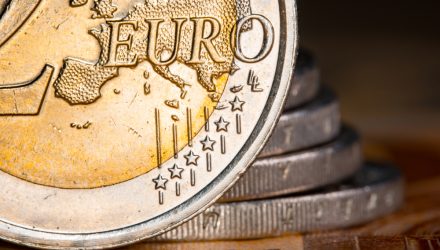 The early rally in global equities is clearing the path for opportunities in practically all stock markets around the world. This includes the European stock market where traders can take advantage of short-term plays using leverage with the Direxion Daily FTSE Europe Bull 3X ETF (EURL).

The capital markets are widely expecting that central banks will start looking at dissipating inflation and re-tune their interest rate policies to become more accommodative. This is feeding into optimism early in 2023 with European stocks continuing to trend higher, resulting in a long-term rally.

“European stocks gained for a fifth straight session in their longest winning streak since mid-August on optimism that the European Central Bank could slow the pace of rate hikes,” Bloomberg reported. “The Stoxx 600 Index closed 0.4% higher, bringing its total recovery from a Sept. 29 low to 19%. Closing 20% or higher from that level will make it the last major European index to enter a bull market.”

The wild card prior to entering 2023 was whether a recession could be avoided as a result of too much monetary policy tightening by central banks. In the meantime, it appears that recession fears have been allayed by Europe’s leadership.

“Investor sentiment received a boost today from a Bloomberg News report that said ECB policymakers were starting to consider a slower pace of interest-rate hikes than President Christine Lagarde indicated in December,” Bloomberg added. “Adding to the optimism, German Chancellor Olaf Scholz said he’s convinced the country will avoid a recession in 2023.”

With its triple leverage, EURL seeks daily investment results that are equal to 300% of the daily performance of the FTSE Developed Europe All Cap Index. The index itself is a market capitalization-weighted index that is designed to measure the equity market performance of large-, mid-, and small-cap companies in developed markets in Europe.

The European markets are paying close attention to what’s happening in the U.S. with regard to inflation and how much the U.S. Federal Reserve is tightening its monetary policy. In the short term, October’s inflation data could give an idea of how the Fed will adjust its monetary policy if necessary.

The Fed and other central banks have been increasing rates in order to keep inflation in check for most of the year. The question is whether too many rate hikes could spin the economy into a recession.