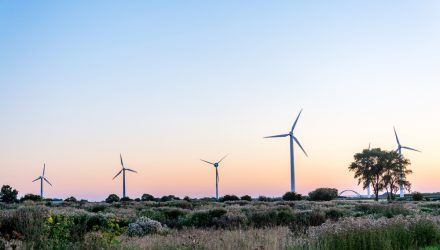 Energy has had a nice 2021 thus far. Bold traders might want to give the Direxion Daily Energy Bull 3X Shares (ERX) a look.

ERX seeks daily investment results equal to 200% of the daily performance of the Energy Select Sector Index. The index is provided by S&P Dow Jones Indices and includes domestic companies from the energy sector, which includes the following industries: oil, gas and consumable fuels, and energy equipment and services.

Adding extra leveraged has helped ERX up about 75% this year alone. Compared to the broad S&P 500 Energy index, ERX is up over 40% higher.

In terms of gauging momentum, the relative strength index (RSI) shows ERX below overbought levels. With the recent pullback since hitting a high on March 11, traders might want to eye the current price for an area of value.

Under the hood of ERX, ETF traders will see a heavy emphasis on large oil companies like Exxon Mobil Group and Chevron Corporation. It makes sense given oil’s recent rally after a pandemic-ridden 2020 that saw oil prices touch below $0.

As evidenced by ERX’s recent pullback in the second week of March, oil prices took a breather, but rallied again in last week’s trading session. The major market event mover was the grounded ship in Egypt’s Suez Canal, which blocked other cargo ships from passing through.

Energy traders saw this opportunity as a temporary play on restricted oil supply. ERX responded in tow, rising about 5% that same week.

“Energy sector exchange-traded funds were the only group this week to add more than $1 billion in inflows as the cargo-ship blockage in the Suez Canal helped oil prices recover from their slump into correction territory,” a Markets Insider article reported. “Energy ETFs were a standout as flows to sector funds ‘fell prey to the general uncertainty’ that ran through the week ended March 24, said EPFR, a subsidiary of Informa that provides fund flows and asset allocation data.”