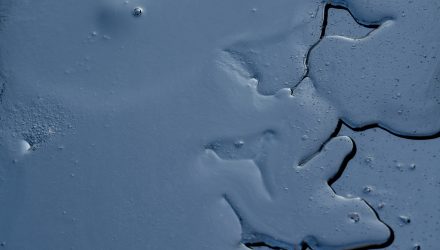 Crude oil is falling once again today, with West Texas Intermediate crude oil dipping into the $20 range despite the group of countries known as OPEC+ finally agreeing to slash production by 9.7 million barrels per day, in the last couple of days, inaugurating the single-largest output reduction on record. President Trump, who was touting the agreement last week, tweeted that it will “will save hundreds of thousands of energy jobs in the United States,” adding it will be “great for all.”

“The historic agreement that we saw…is only 10 MB/d. But that is only half of the story,” U.S. Secretary of Energy Dan Brouillette said on Fox Business. “When you add up all of the production cuts around the world, we are going to be much closer to 20 MB/d coming off the market.”

Oil prices had plummeted more than 40% since early March after Saudi Arabia-led OPEC and Russia failed to reach a deal, amid an ever-worsening coronavirus pandemic, which has continued to damage the global economic outlook.

Some analysts worry that the production cut may have come after too much time has passed, and therefore have a negligible effect on the market. But others believe that the cut will at least be somewhat beneficial to the stabilization of crude.

“That’s not to say the deal will have no effect at all. Instead, it could prevent a more catastrophic meltdown, even if it doesn’t rally prices anytime soon. “Having looked into the abyss three weeks ago, the deal should provide some stability to global oil prices and reduce volatility,” Bank of America Merrill Lynch wrote in a note on Monday.

With prices near historic lows, foreign nations like China are buying. China imported crude oil at an average rate of around 10.38 million bpd, for a total of 43.91 million tons, based on figures generated by Reuters. The total for the first quarter, according to official customs data, was 130 million tons.

Reuters reported that the March average was an 11.7-percent advance on the year, suggesting that China may be accumulating inexpensive oil while the price crush continues. Independent refiners also seem to have instigated the development in foreign oil buying, despite the fact that domestic demand for fuels had dropped before the coronavirus pandemic, which has only weakened demand based on quarantine orders.

According to one Chinese analyst who spoke to Reuters, the climb higher in oil imports will be pervasive throughout this month and next, as economic activity in China has starting to recover gradually.