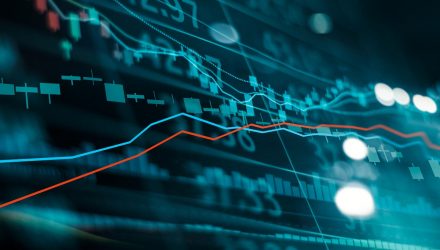 Could The Stock Rally Just Be Getting Warmed Up?

The S&P 500 has rallied to fresh all-time highs today on the back of a new streaming service release from Disney, earnings data, and trade optimism. But experts say the broad market index could have more in the tank.

According to technical research strategists at Bank of America Merrill Lynch, the S&P 500 could have the potential to climb as much as an additional 25%, rocketing higher to 3,850, if stocks stage the same type of breakout they had after the last two similar market downturns.

These strategists see the dramatic end of 2018 pullback in stocks as a possible bear market cycle or consolidation period that could be leading to a huge breakout, like the ones in 2015 to 2016 and 2011 to 2012. According to these experts, short investors may have capitulated about 40 points ago, and now the market would have a clear upward trajectory.

“Last week’s push above SPX 3,063 is an uncomfortable breakout for many who viewed the SPX pattern as bearish,” the strategists wrote, but added that the same was true of breakouts in late 2016 and early 2013. Those periods confirmed the end of two-year consolidations for the S&P, and they were associated with negative macro news and global growth scares.

“History suggests that breakouts from these ranges should be powerful,” the strategists added in a note. On the S&P 500, the 3,063 level was the “bears’ last stand.”

The strategists, Stephen Suttmeier and Jordan Young, also explained that the rally is broadening with a breakout in the broad-based NYSE, which had trailed the S&P, a breakout phenomenon similar to those that occurred in 2013 and 2016. In addition, it also corresponds with breakouts in the Russell 1000 Value, and the S&P industrial and financial sectors, key supporting factors.

“If the U.S. 10-year yield sustains last week’s push higher, it would support a bullish Financials (cyclicals) and bearish Utilities (defensive) trade that is similar to those coming off the 2016 and 2012 lows,” they wrote.