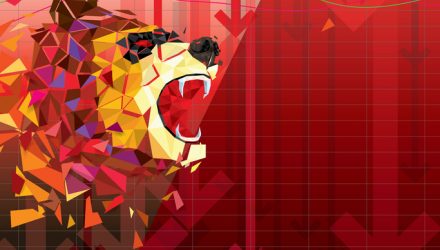 As the earnings season begins, ETF investors should keep in mind that the upcoming quarterly results may come up short compared to what we have been accustomed to.

Due to the uncertainty over trade wars and global growth, a large number of U.S. companies have lowered their second-quarter earnings projections. Of the 114 companies that have issued earnings guidance for the period, 77% have warned of negative forecasts, CNBC reported.

“That says it all about the trajectory now of earnings,” Peter Boockvar, chief investment officer of Bleakley Advisory Group, told CNBC.

Fastenal was among the first to provide investors a hint of what tariffs have done to corporate profits. The largest fastener distributor in North America revealed in its second-quarter earnings report that the trade war has damaged its business and outlined the difficulty of counteracting the losses.

“While we successfully raised prices as one element of our strategy to offset tariffs placed to date on products sourced from China, those increases were not sufficient to also counter general inflation in the marketplace,” Fastenal said in a note.

Among the various sectors, materials and information technology are expected to be the biggest year-over-year losers.

“With about two months past the recent tariff round, we expect to hear more details on the impact from companies this earnings season,” Bank of America equity and quant strategist, Savita Subramanian, said in a note.

As we head to an uncertain earnings season, traders who are looking to protect their portfolios from potential pullbacks in a near perfectly priced market may consider some exposure to bearish or inverse ETFs to hedge against further falls.