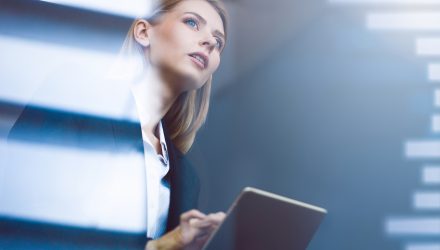 A Conservative Way to Profit on The Downside

Leveraged ETFs are volatile instruments and as such are not intended for use by all investors. Inverse though not leveraged ETFs, such as the Direxion Daily S&P 500 Bear 1x Shares ETF (NYSEArca: SPDN), can help investors hedge long positions or profit from downside in broader markets without taking on the risks associated with leveraged ETFs.

The Direxion Daily S&P 500 Bear 1x Shares ETF aims to deliver the daily inverse performance of the S&P 500, meaning that if the S&P 500 falls by 1% on a particular trading day, SPDN should rise by the same amount.

Entering Monday, the S&P 500 was up more than 6% year-to-date, a rally some traders believe is a case of too much too fast. That could be a sign SPDN could be a useful short-term trade.

“The market has seemingly done a complete about-face following the bloodbath that was the waning months of 2018. Since the December 26th session, the S&P 500 finished higher 14 of 16 trading days and recaptured nearly half of the losses it sustained by its December 24th low,” said Direxion in a recent note.

SPDN offers some advantages relative to leveraged ETFs. Obviously, SPDN’s short-term gains will not be as magnified as a leveraged rival’s when markets decline, but without the introduction of leverage, SPDN can deliver on its stated objective for longer periods than a leveraged ETF. Since October, SPDN and the S&P 500 are close to parity, notes Direxion.