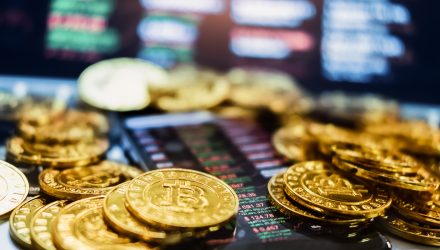 With earnings recession worries in the U.S. paired with a global economic slowdown, talk of alternative assets are permeating the capital markets more often than not, making way for a three-way battle between gold, silver and leading digital currency Bitcoin. Which comes out on top?

When you ask veteran traders, each one will give you a different answer. Silver has rallied to new highs as of late, but some think the steam will eventually run out on the precious metal.

“I think it could fade,” Jim Iuorio, a veteran futures and options trader said. “It does have a history of lagging behind gold and then catching up all at once. This is obviously one of those instances, but I think something fundamentally has to change for it to chew through those old highs, in my opinion.”

Iuorio is eyeing specific price levels to determine whether there’s more strength or weakness for silver. He cites silver’s rally as a response to Bitcoin’s recent fall, which has seen the digital currency slide below $10,000.

“If it goes back below it and trades [at]$16.15, it will have rejected those highs,” Iuorio said. “I think that’s the spot to stop in with a short with a target down to $15.85. I think one of the reasons that silver’s rallied like it [has]is because bitcoin’s kind of been taken off the list of safe havens with its recent volatility, so something had to replace it. ”

Other traders like said Equity Armor Investments’ Brian Stutland are in agreement with Iuorio’s view that silver could be headed for a decline.Bottom of Form

“Typically, if we’re going to enter a period of lower growth [and]lower demand, silver will tend to underperform, like we saw over a year ago when China trade tariffs kind of took place,” Stutland.

“I’d short this (silver),” Stutland added. “I’d even throw in a long gold and play the long-short on it. I still like gold better … longer term, or even bitcoin after this big pullback here.”

While exchange-traded fund (ETF) traders can’t yet jump into the fray with bitcoin ETFs, they certainly can with gold and silver. In addition, platinum and palladium offer ETF investors other options in precious metals.