You are at:Home»Leveraged & Inverse Channel»Further China Stimulus Measures Could Fuel this Leveraged ETF 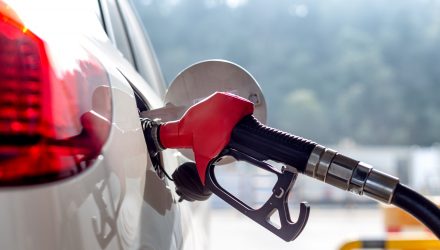 While a trade deal between the United States and China could give Direxion Daily FTSE China Bull 3X ETF (NYSEArca: YINN) traders the trigger event for positive gains, a second catalyst could come in the form of stimulus measures to nudge the country’s economy forward.

Last Friday, capital markets in China were flush with red as the country reported that industrial output and retail sales growth numbers for November fell short of expectations–a sign that China’s economy is losing its forward momentum. The weaker data also reflects the ramifications of the ongoing trade war with the United States, which could play heavily in trade discussions moving forward as China may be forced to give up more concessions to make a deal.

Meanwhile, the major U.S. indexes have been racked by volatility in recent sessions as the reality that a tangible and permanent trade deal is necessary has been settling in with investors. The probability of reaching an agreement didn’t improve after news broke that Meng Wanzhou, the CFO of Huawei, one of the world’s largest mobile phone makers, was arrested in Canada and faces extradition to the U.S.

In the meantime, the Chinese government may be readying its economy for a round of stimulus packages following the latest lukewarm economic data.

“The news of an intensifying slowdown in the world’s second-largest economy has rattled markets which, as I have argued previously, are getting a global growth scare because of China and, more recently, the euro zone,” wrote Nicholas Spiro of the South China Morning Post.