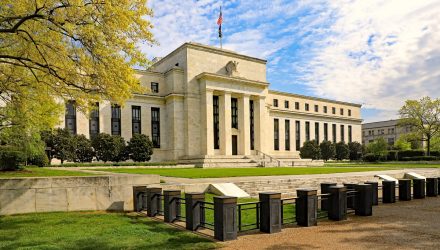 On Tuesday, the Federal Reserve announced an emergency rate cut of 50 basis points in response to the broadening economic threat of the coronavirus contagion. While the move was widely expected, is it enough to save markets?

Although it was widely anticipated by traders, this was the first such rate cut since December 2008, during the financial crisis. As fear grips the markets, and volatility is at an extreme for some time, investors and President Trump have been asking for lower rates to stay competitive with policy at other global central banks.

The Federal noted that it was keeping a watchful eye on markets, ready to take action if necessary.

“The coronavirus poses evolving risks to economic activity,” the Fed said in a statement. “In light of these risks and in support of achieving its maximum employment and price stability goals, the Federal Open Market Committee decided today to lower the target range for the federal funds rate.”

At a news conference later, Chairman Jerome Powell said the Fed cut rates after officials appraised that the virus was affecting the economic outlook in a material manner.

“The magnitude and persistence of the overall effect on the U.S. economy remain highly uncertain and the situation remains a fluid one,” he told reporters. “Against this background, the committee judged that the risks to the U.S. outlook have changed materially. In response, we have eased the stance of monetary policy to provide some more support to the economy.”

Prior to the cut, the CME FedWatch Tool was showing a 100% reading in terms of rate cut probabilities come Mar. 18. Historically, the Federal Reserve has always succumbed to the will of the market when the probability is higher than 80%.

However, following the cut, markets quickly tanked, with the S&P 500 selling off more than 100 points in a matter of minutes, and maintaining that tone as of 1PM E.S.T. Tuesday. This begs the question, can rate cuts actually have an effect on a market that was overbought, and is struggling to digest global supply-side problems, with key players like Apple warning that its next quarter revenue will be below guidance?

“While further Fed cuts, and potentially an ECB cut, may be priced in, easier liquidity conditions may be insufficient to prop up equity markets if coronavirus concerns continue to escalate,” she wrote. “Monetary policy is not optimized for addressing a shock such as this.”