You are at:Home»Leveraged & Inverse Channel»The Bulls Are Siding with Energy, As ‘ERX’ Jumps 20% YTD 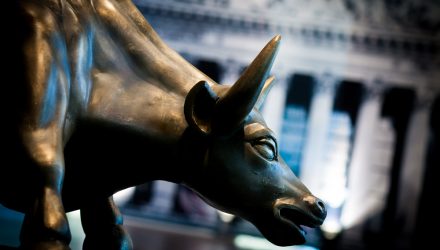 The Bulls Are Siding with Energy, As ‘ERX’ Jumps 20% YTD

Energy is on the move, with the Direxion Daily Energy Bull 3X Shares (ERX) up about 20% to start the year. Much of the strength can be attributed to oil prices rallying after the commodity had its best week in four months.

“The decision by the Saudis was a big deal and it’s an underpinning for prices,” said Bill O’Grady, executive vice president at Confluence Investment Management in St. Louis. “Clearly, maintaining the oil price was paramount and they were willing to let others take advantage in order to accomplish that.”

ERX seeks daily investment results equal to 300% of the daily performance of the Energy Select Sector Index. The index is provided by S&P Dow Jones Indices and includes domestic companies from the energy sector which includes the following industries: oil, gas and consumable fuels, and energy equipment and services.

The momentum in energy was already building towards the end of 2020. ERX is up 74% the last few months:

Adding a momentum indicator like the relative strength index (RSI) on the 3-month chart shows it’s just below the overbought level. ERX is currently 26% above its 50-day moving average so this strength could keep building until the ETF eventually pushes through to its overbought level as it did near the end of November.

Big Oil to Have a Big Year?

ERX’s turn for the better can be seen in its holdings as of January 8, such as Chevron Corp and ConocoPhillips.

“This year may be a turning point for the energy sector,” a Bloomberg article said. “Shares of big oil producers, in particular, are due for a rebound, analysts say, and already they have shown signs of life after a terrible decade. A rebound in oil prices is helping. The price of both West Texas Intermediate, the U.S. benchmark, and Brent crude, the international standard, continued to climb on Friday up another 2% in morning trading.”

“Oil prices have recovered from a steep drop last year after the pandemic forced businesses to close, choking off demand for fuels as people stayed home,” the article added further. “Crude prices fell more than 20% last year but are currently up for the new year, with WTI rising 6.5% and Brent up 7.2%.”