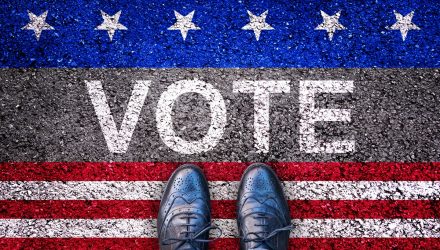 October 2018 has been one to forget for U.S. equities as sell-offs, particularly in the technology sector, fueled declines in the Nasdaq Composite, which fell by 9.2%, making it its second largest decline since it fell 10.8% back in November 2008. Things weren’t much better for the S&P 500, which followed the Nasdaq into correction territory and fell by 7% in October–its worst month since September 2011.

The Dow Jones Industrial Average fell 1,300 points or 5%, which hasn’t happened since January 2016. Investors were rocked by copious amounts of volatility after a decade-long bull run that has seen the growth fueled by FANG (Facebook, Amazon Netflix, Google) stocks dwindle as the technology sector fell into correction territory.

However, after all that volatility, there appears to be the proverbial light at the end of the tunnel.

“18 out of 18 times the S&P was higher from the October low close–up just over 10% on average,” said LPL Financial’s Ryan Detrick on CNBC. “So it doesn’t mean you have to gain 10%, but the bottom line is that October 29th low, especially with the strength in the last couple of days really could be a major low and seasonality again, November-December of a midterm year, normally are strong.”

After creeping below its 200-day moving average during the volatile October month, SPXL has already recovered ahead of the midterm elections in the last five days: