You are at:Home»Leveraged & Inverse Channel»Boeing Faces A Tough First Week With New CEO 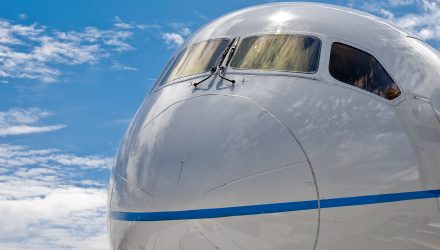 It’s been a tough first week for Boeing with its new CEO at the helm.

Last year, Boeing Co. lost its claim as the world’s largest airplane producer to Airbus SE, afflicted by the most significant defeat in the companies’ 45-year duel, because of the grounding of the 737 Max.

Boeing delivered just 380 jetliners in 2019, according to a company statement Tuesday. That number was less than half of Airbus’ collection of 863 planes.

The decade-long Boeing board member took charge of the company on Monday, and is charged with restoring the company’s image, internal culture, relationship with regulators and airlines, as well as Boeing’s finances after two fatal crashes of its best-selling plane, the Boeing 737 Max.

Calhoun, who previously worked with General Electric aviation and Blackstone Group, will receive a $7 million bonus if he is able to convince regulators to clear the Max to fly again, as well as meet additional performance metrics, the company said. Lawmakers, who have criticized the company for sacrificing safety to make airplanes a better sell, were clearly displeased.

“This payment represents a clear financial incentive for Mr. Calhoun to pressure regulators into ungrounding the 737 Max, as well as rush the investigations and reforms needed to guarantee public safety,” Democratic Sens. Edward Markey of Massachusetts, Richard Blumenthal of Connecticut and Tammy Baldwin of Wisconsin wrote to Boeing’s board on Monday. “We believe that this bonus would be unconscionable in the face of two tragic plane crashes and proof that Boeing has not learned its lesson.”

Boeing backed Calhoun’s potential bonus, saying it “is based on the fact that the safe return to service of the 737 MAX is our top priority.” The company noted that the bonus will also take several years to fully vest, ensuring that Calhoun is in it for the long haul.

“This includes following the lead of our regulators and working with them to ensure they’re satisfied completely with the airplane and our work,” the company said in a statement. “The Board and CEO are in full agreement that the safe return to service of the 737 MAX must be done with full regulatory oversight.”

Shortly after the statement was released, Moody’s opted to review Boeing’s debt over the next 3 months, for a possible downgrade.

“Recent developments suggest a more costly and protracted recovery for Boeing to restore confidence with its various market constituents, and an ensuing period of heightened operational and financial risk, even if certification of the MAX comes relatively near-term, as expected,” wrote Jonathan Root, Moody’s lead Boeing analyst.

While Boeing may have problems in the near-term, investors looking to partake in the aerospace industry and and other aerospace companies using ETFs can look into the iShares U.S. Aerospace & Defense ETF (ITA).