You are at:Home»Leveraged & Inverse Channel»An ETN That Involves LIBOR And Eurodollar Futures 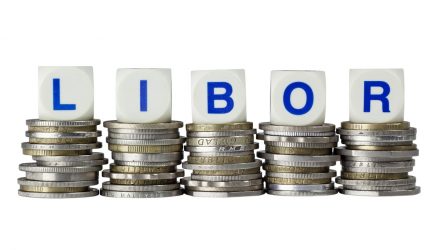 An ETN That Involves LIBOR And Eurodollar Futures

According to Investopedia, “The term eurodollar refers to U.S. dollar-denominated deposits at foreign banks or at the overseas branches of American banks. Because they are held outside the United States, eurodollars are not subject to regulation by the Federal Reserve Board, including reserve requirements. Dollar-denominated deposits not subject to U.S. banking regulations were originally held almost exclusively in Europe, hence the name eurodollar. They are also widely held in branches located in the Bahamas and the Cayman Islands.”

With the G20 meeting this weekend, impending rate cuts, and with the Euro rebounding sharply Friday after official data showed a surprisingly robust increase in inflation during June, investors are looking for ways to participate in correlated eurodollar plays. One way to get involved without directly trading futures markets would be using eurodollar ETFs like the VelocityShares Long LIBOR ETN (ULBR).

The VelocityShares Long LIBOR ETN (ULBR) is an exchange-traded notes issued by Citigroup Global Markets Holdings Inc. and guaranteed by Citigroup Inc. The ETN will provide investors with a cash payment at scheduled maturity or upon early redemption or acceleration based on the performance of the VelocityShares Long LIBOR Index, subject to certain fees described in the prospectus available at the link above. The VelocityShares Long LIBOR Index aims to approximate the daily performance of a hypothetical long investment in a composite forward LIBOR rate, as if the composite forward LIBOR rate itself were an asset that could be invested in, subject to a long LIBOR floor and to the effects of carry, decay and a contract spread, all as described in the prospectus available at the link above.

Investors should exercise caution in trading the ETNs between 3:00 p.m. and 4:00 p.m., New York City time. During this time period, due to delays in the publication of the closing level of the applicable Index (which is based on Eurodollar futures trading as of 3:00 p.m. but is not published until after 4:00 p.m.), there is expected to be uncertainty about the intrinsic value of the ETNs. The published intraday indicative value will not be based on fully up-to-date information (which will not be available) during this time period, and trading prices during this time period are likely to diverge from the published intraday indicative value.

LIBOR, or also known as the London interbank offered rate, is the average rate at which London’s banks are charged when borrowing from other banks, or similar to how the Fed fund rates operate in the U.S.

“In today’s unique interest rate environment, many investors are looking for tools that can be used to manage interest rate risks, and we are very pleased to provide the first ETNs allowing them to do so with daily exposure to the composite forward LIBOR rate,” Nick Cherney, Senior Vice President, Head of Exchange Traded Products for Janus Henderson, said in a note.