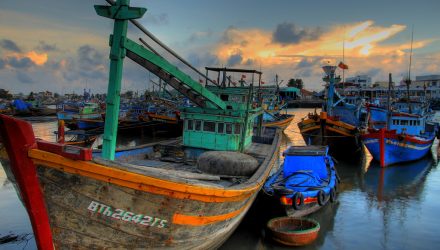 Emerging markets got bolstered on Monday as U.S. President Donald Trump and Chinese president Xi Jinping ceased fire on their tariff-for-tariff battle, agreeing to a 90-day truce to ameliorate their differences on trade.

My meeting in Argentina with President Xi of China was an extraordinary one. Relations with China have taken a BIG leap forward! Very good things will happen. We are dealing from great strength, but China likewise has much to gain if and when a deal is completed. Level the field!

Despite this, global markets will continue to watch the U.S.-China trade deal as negotiations unfold beginning on January 1 when the ceasefire is set to begin. Until a tangible agreement is reached with both parties agreeing to the details outlined in the fine print, heated topics like intellectual property and forced technology transfer will need to be addressed by both nations.

“This is all constructive news for markets, however the overarching concerns in the US-China relationship remain, and thus should imply caution for markets past the short-term,” wrote Sacha Tihanyi, deputy head of emerging markets for TD Securities. “Some of the bigger, structural issues are not ones that we believe can be easily tackled in a 90-day period.”

The two leaders met at the G-20 Summit in Buenos Aires, putting global markets on pause as the two economic superpowers met to hopefully ameliorate their trade differences. As part of the agreement, both nations agreed to withhold imposing further tariffs on each other for 90 days while they work out a firm, ironclad deal in the meantime.