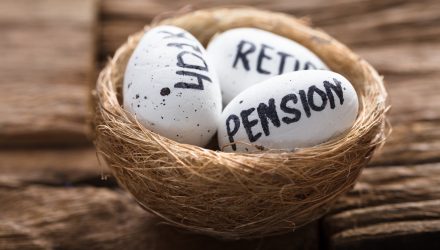 US Corporate Pension Funds See Improvement In Funding Ratio For 2018

A new report by consulting firm Milliman published the performance of the 100 largest corporate defined benefit pension plan sponsors and the results may give cause for slight celebration. The funding ratio for the 100 companies’ pensions rose to 87.1% for 2018, an increase from 2017’s funding ratio of 85.8%. This marks a deficit improvement of $41 billion dollars bringing the year-end total to $215 billion. A total of 16 plans managed to obtain a funding ratio of 100% compared to 15 in 2017.

This increased in average funding ratio occurred despite the worst investment losses seen since 2008. Investment losses for the year totaled 2.8%. “This was the first time in our study’s history that we had a negative asset return and yet corporate pension funding improved,” Zorast Wadia, co-author of Milliman’s Pension Funding Study (PFS), explained in a release.

The improved performance of these funds is largely due to corporate plan sponsors shoring up funding shortfalls through increased contributions and increasing their discount rates, lowering the perceived amount of their liabilities. The average discount rate utilized by these companies increased 52 basis points to 4.01% from 3.49%. This is the second-largest one year increased exhibited by this group of 100 since Milliman began tracking pension funded data 19 years ago.

Contributions to the funds totaled $57.5 billion for the year, down from 2017’s $62 billion. Out of the 100 largest corporate pension sponsors thirteen contributing at least $1 billion, three of which are among the top 10 largest contributions in the history of the study. Lockheed Martin Corporation contributed $5.0 billion, General Electric made $6.8 billion, and AT&T made $9.3 billion: the employer contributions totaled almost $120 billion over the last two years; an amount that exceeds any two year period in the history of the study.