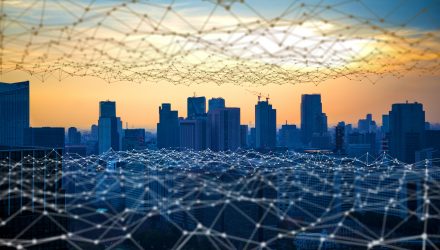 Investors looking for broad-based, cost-effective exposure to international equities have a number of ETFs to consider, including the iShares Core MSCI Total International Stock (NYSEArca: IXUS).

The iShares Core MSCI Total International Stock ETF tracks the MSCI ACWI ex USA IMI Index and holds over 3,400 stocks. IXUS features exposure to both developed and emerging markets, but the bulk of the ETF’s geographic weight is dedicated to developed markets.

“IXUS is a solid fund for broad exposure to stocks listed in foreign developed and emerging markets. Its well-diversified, market-cap-weighted portfolio and rock-bottom annual fee set it apart from its foreign large-blend Morningstar Category peers, and support a Morningstar Analyst Rating upgrade to Gold from Silver,” said Morningstar in a recent note.

IXUS debuted in October 2012, joining the iShares core lineup of low-cost ETFs. Proving that low fees matter, about four years ago, IXUS had just over $670 million in assets under management. Today, that sum stands at over $9.7 billion.

Speaking of low fees, the annual expense ratio on IXUS is 0.11%, or $11 on a $10,000 investment. That is down from 0.14% in late 2016. Currently, IXUS has one of the lowest expense ratios among international ETFs that combine developed and developing markets.