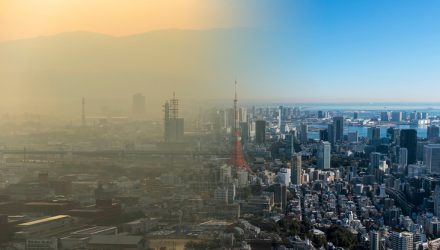 As the industrialization of China’s economy continues to advance, Beijing is taking steps to clean up a growing pollution problem, opening up a opportunity for investors looking to capitalize on the efforts through a new KraneShares ETF that specifically targets Chinese companies focused on environmental sustainability.

The new ETF tries to reflect the performance of the MSCI China IMI Environment 25/50 Index, which is comprised of Chinese companies focused on contributing to a more environmentally sustainable economy by making efficient use of scarce natural resources or by mitigating the impact of environmental degradation, according to a prospectus sheet.

Due to China’s quick industrialization and economic expansion, the emerging country has see pollution levels surge.

“China’s rapid economic development has impacted the environment. Levels of air and water pollution in China are much higher than those recommended by the World Health Organization,” according to KraneShares note.