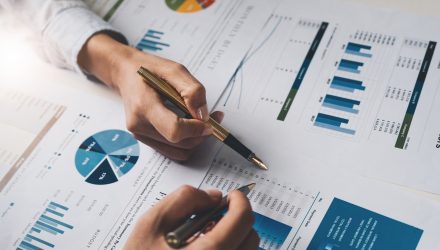 Key Economic Data May Be Good For Markets

While U.S. stocks closed considerably down today, two key business surveys suggest the contraction in U.S. manufacturing spurred by the trade battle with China and slowing global growth may have concluded already.

Production at American facilities dropped in the second half of 2019 despite an otherwise expanding economy, generating concerns that a broader recession might be coming.

However, indicators this week from the respected Philadelphia and New York Federal Reserve districts illustrated a marked recovery that far exceeded Wall Street expectations.
On Tuesday, New York’s Empire State Manufacturing Survey for general business conditions posted a level of 12.9, up 8 points from January and its best reading since May. New orders blasted higher to 22.1, the best reading since September 2017, and shipments climbed to 18.9, the best since November 2018.
“Absolutely, the fundamentals in the U.S. are strong — sustained growth, strongest labor market in 50 years, price stability with inflation close to our goal. So, yeah, it’s a good picture,” Fed Vice Chairman Richard Clarida told CNBC’s Steve Liesman in an interview Thursday following the Philadelphia report.

Clarida also noted that a phase one tariff truce between the U.S. and China, along with the trade agreement between the U.S., Mexico and Canada and the start of Brexit, should further boost the picture.

The mitigation of trade uncertainty seemed to be a key impetus for markets, and Clarida feels that it could be positive for the year as well.

“There’s no doubt there’s been a decline in trade policy uncertainty,” Clarida said. “To the extent that [uncertainty]was holding back investment, that should be a positive this year.”

He did mention though that it was important to keep focused on supply chain disruptions which might occur as a result of the ongoing containment issues with the coronavirus contagion.

China racked up a total of 394 new infections and 136 deaths through the end of Wednesday, which is its lowest in weeks, after national authorities changed the criteria for classifying cases. There is a net total of 74,546 infections and 2,118 deaths, most in central Hubei province. The dramatic differences in numbers have raised concerns over calculation methods.
“The coronavirus reminds us just how small the world is,” said Ed Yardeni, president and chief investment strategist at Yardeni Research. “Even as the infection has been largely contained to China, the business ramifications have rippled across the world.”
For more market trends, visit ETF Trends.