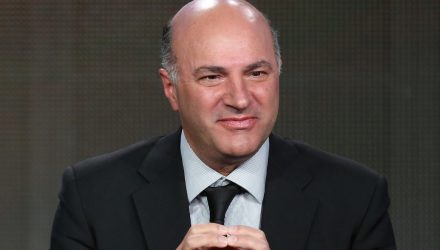 Ana Claudia Atunes says in The Tao of Physical and Spiritual, “Some things happen for a reason,
Others just come with the season.” For CNBC’s “Shark Tank” judge and Canadian entrepreneur Kevin O’Leary, success happened as a result of his incredible work ethic, and some difficult realizations that his stepfather imbued him with.

On CNBC, O’Leary explained that as a young man he dreamed of becoming an artist: a professional musician or photographer. His stepfather however, saw that O’Leary would struggle to find success in those fields and instead exhorted him to look elsewhere for his future.

As O’Leary explained, “He looked me in the eye after I finished high school and said, ‘You’re not good enough at any of those. And you might as well face the reality now that you’re gonna starve to death if you pursue them. How are you going to become number one in a space where you are starting at a negative 6?’”

Instead O’Leary’s guardian said advised him to purse something he was good at, business, and specifically marketing. And so O’Leary began a series of entertainment businesses that focused on film and television, parlaying the profits from one business into the next. Later, after launching Softkey Software Products in 1983, O’Leary built up the business in his basement and then sold it 16 years later to Mattel Toy Company for $3.7 billion.

His advice for young people just commencing their career is the same: go for what you excel at.

“The point is: you gotta do something you actually can do well at, that you enjoy doing. Cause you’re gonna get up at 4 in the morning when you’re young, and you’re gonna have to realize that is the focus you need to be successful,” the entrepreneur says. “Try to pick something you’re good at and you like doing. And then watch it come together.”

O’Leary grasps the idea that being told by your parent of mentor that you can’t do something can be off-putting. But he advises young people to consider not only the source of the advice, but the reason.

“Sometimes it’s very sobering when a parent tells you you’re not good at something. You have to look at it this way: you know they love you. They want the best for you, but they want you to deal in the truth.”

Finally, O’Leary explains that as challenging as it might appear, accepting reality and working within its confines is an excellent way to improve success.

“In life it’s so important to face reality straight on. It’s always hard to deal with the truth, but if you learn early on in your life to deal with it, you’ll be much better off your entire career.”