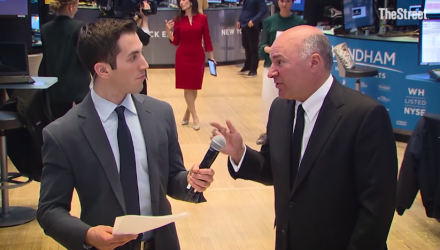 Under the Hood of Kevin O’Leary’s New OGIG ETF

According to O’Shares, OGIG is a “rules-based ETF designed to provide investors with the means to invest in some of the largest global companies that derive most of their revenue from the Internet and e-commerce sectors that exhibit quality and growth potential.” OGIG focuses on companies that exhibit revenue growth of 20- to 35- percent, “the majority of which you’ve never heard of,” O’Leary said, yet they are “blowing it away on the top line.”

Although it is still far too early to analyze long-term performance of the ETF, its performance since launching has been fairly static. With an initial price (on 6/5/18) of $26.20, OGIG currently sits at $25.49, according to MarketWatch. OGIG has an expense ratio of 0.48%.

The Global Internet Giants index portfolio consists of 67 holdings, with some of its top portfolio holdings including companies such as Alibaba, Amazon, Facebook, and Alphabet, each of which represents 6- to 6.5- percent of the overall portfolio. Information Technology takes up about 75.39% of the index, while Consumer Discretionary comprises the rest. Regarding geographical exposure and country allocation, the United States leads the index at 54.79%, with China (31.35%) and the United Kingdom (5.20%) following. The remaining countries (Japan, Canada, Germany, and Argentina) all hold below 3% weight in the fund’s overall composition.