You are at:Home»Featured»Kevin O’Leary: Motherly Advice I Will Never Forget 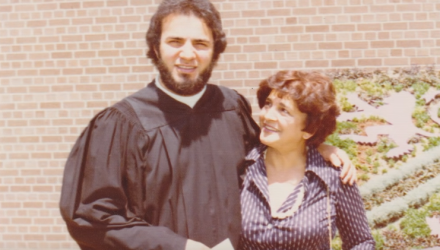 Like every good son, CNBC’s “Shark Tank” judge and Canadian businessman Kevin O’Leary certainly holds his mother in high regard. In addition to the typical motherly support when it came to raising him as a child, O’Leary’s mother imparted some anecdotal insight that would serve him later in life.

What really hit home for O’Leary was a story his mother told him about a dead bird.

“My mother was very influential in my career because she supported me from birth to last day of college,” O’Leary told CNBC Make It. “And then she said to me, ‘After this, I’m done. My work is over. You got to make it on your own.’”

Parental support can come in many forms–advice and emotional comfort–but one thing O’Leary’s mother wouldn’t give after college was money when he needed it.

“And that was very important to me.”

It was so important that this need to support himself propelled O’Leary to launch Softkey Software Products in 1983, building up the business in his basement and then selling it 16 years later to Mattel Toy Company for $3.7 billion. Score one for mom in helping encourage O’Leary to hang his own shingle.

Others might have seen this token of advice as dishing out tough love. However, it’s helped O’Leary with raising his own children.

“She said, ‘No, I owed you that. And you should think about that for your children. Pass it on and pass it forward. But when they finish college, tell them the same thing — the dead bird under the nest never learned how to fly,’” O’Leary says.

“And that’s exactly what I told my kids.”

Of course, getting the kids to follow that same advice came back to haunt O’Leary. However, knowing how well his mother’s advice served him, O’Leary was well aware of the value it would bring by passing it on to his own kids.

“And [my kids]said the same thing to me: ‘That sucks,’” O’Leary says. “But now they’re off on their own, and they’re figuring it out. And I’m so proud of what my mother taught me.”