You are at:Home»Featured»Kevin O’Leary: How to Pick Your College Major 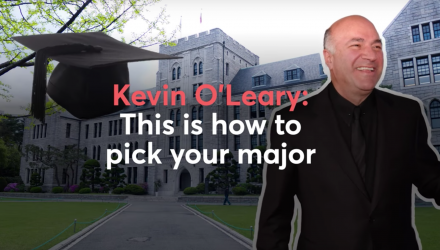 Kevin O’Leary: How to Pick Your College Major

According to Kevin O’Leary, personal finance expert and star of ABC’s “Shark Tank,” students should think of their education as an investment, as “it’s going to cost you money… and, in many, many cases, create debt for you.”

Therefore, O’Leary advises students to target a major that has a “higher certainty” of landing a high paying job, citing engineering as the best major right now to ensure job security and high pay.

By the end of 2017, Americans held roughly $1.38 trillion in student debt, according to the New York Federal Reserve. As student loan debt continues to grow, many wonder how to make the right decisions when it comes to their education.

“Today in America, if you want a job, become an engineer, any engineer. It’s not the easiest college degree to get, but it’s one with the most, and best, outcome for employment,” O’Leary explains.

O’Leary himself studied psychology and environmental college in college, as he hoped to become a photographer or musician. After having difficulty in finding a job, O’Leary attended the Ivey Business School at Western University to earn his MBA, allowing him to succeed later on in his career in the educational software business. Today, O’Leary serves as the chairman of ETF company O’Shares Investments.

Click below for the full Kevin O’Leary video on CNBC Make It:

For more news and video, visit our trending category.