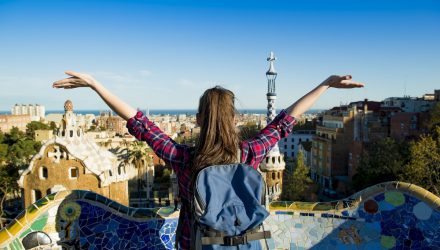 Kevin O’Leary: A Gap Year Is A Waste Of Time

Weighing in on whether or not to pursue a gap year, Kevin O’Leary, the multi-millionaire entrepreneur and Shark Tank celebrity investor, believes that it is a waste of time, and that students would do much better jumping right into the workforce, eschewing the desire to travel until after they paid off student debt and have a established themselves as a present to be reckoned with.

As O’Leary explains, taking a gap year is like “chilling out after you graduated.“

When his own children asked for a gap year after completing college O’Leary replied cheekily, “Which gap, the weekend after you graduate before you get the job? You get 3 days off, now get back to work!”Rather than take a gap year, the entrepreneur advises students to work the technology angle as much as possible, getting their LinkedIn page dialed in, and making sure their resume is short and sweet, highlighting the key aspects, which exhort the benefits of their experience. That way potential employers can easily gauge what new recruits can bring to the table.

As O’Leary explains, “The whole thing about a career coming out of college is solving problems for other people. What is it about you that can solve my problems?”

A gap year can be the time for soul searching; a time for adventure into areas students have not had the opportunity to explore, if for example their summers have been crowed by academic pursuits or sports camps in the past. According to Learning Shack consultant Paula Feldman, an educational consultant who places children in boarding school, the concept began in the U.K. and has become remarkably popular in the States.

For many youngsters who have never left home, it is a time to thrust themselves into activities that may not require academic work; programs can be academic, or philanthropic however. ‘Gappers’ can travel with college age peers to places such as Europe, the Middle East, Asia or Canada, where they can polish their language skills or even try-out a new language by living in abroad.  For the students whose future may lie in the fashion industry or the culinary arts, there are local and international gap year programs as well.  It only takes opening the door to adventure and curiosity; asking questions that just can’t be answered by simply reading a text book.

No everyone agrees that time off after college is the way to go however.