You are at:Home»Featured»Keeping it Short With a Treasury ETF 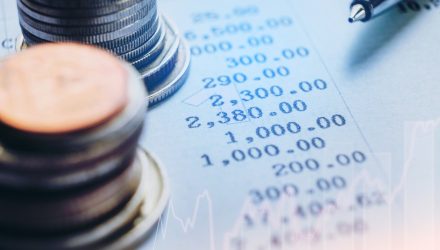 Keeping it Short With a Treasury ETF

“The U.S. Treasury Department issues Treasury securities to fund federal government operations. These bonds have virtually no default risk as the government can raise taxes to repay the debt. Accordingly, Treasury securities offer a very low yield. As of Feb. 1, 2018, the one-year Treasury bond yielded 1.8%, 30 basis points lower than the 20-year average (1998 to 2017). Interest income on Treasury securities is tax-exempt at state and local levels, slightly improving the aftertax yield,” according to Morningstar.

Changes in the yield curve may help explain performance in bond ETFs with varying durations. Specifically, it is possible for short-term interest rates to rise while long-term rates to remain the same or even fall, reflecting a flattening yield curve.

SHV “has offered good downside protection. In fact, the fund had only one money-losing year from its 2008 inception through 2016: 2015, when it declined by 0.01%. The fund’s worst downturn over the trailing three- and five-year periods through December 2017 was among the mildest in the category, ranking in the top 20% for both periods,” said Morningstar.