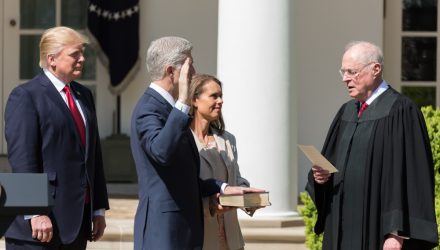 On Wednesday, Supreme Court Associate Justice Anthony Kennedy announced his retirement from the United States Supreme Court, ending a 30-year run since his 1988 appointment to the highest court by then-president Ronald Reagan.

Kennedy’s retirement opens up a seat that could allow current president Donald Trump to add another conservative into the Supreme Court, skewing the court towards the right as Kennedy was viewed as more of a centrist and swing voter.  Trump’s move to supplant Kennedy would mean a conservative view that would likely continue for the foreseeable future.