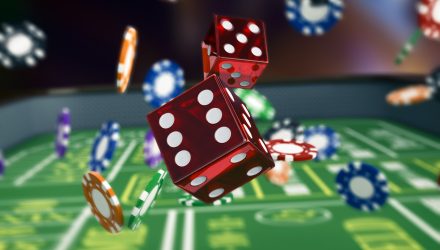 The gaming ETF climbed Monday after the Supreme Court ruled against a federal law that prohibited betting on sports events.

Gambling and casino-related stocks rallied Monday after the Supreme Court paved the way to formalize sports betting across the country. The court sided with a challenge brought by the state of New Jersey, which has undergone a six-year kerfuffle to allow sports betting within the state, the Wall Street Journal reports.

“We believe in the next two years to three years, there are 10 to 12 states that are ripe and ready to activate on that,” MGM President William Hornbuckle told Bloomberg. “We will be there. We will participate in it. We bring technology. We bring knowledge. And frankly in this space, we bring trust.”

The Supreme Court justices in a 6-to-3 vote overruled the 1992 Professional and Amateur Sports Protection Act, or Paspa, a federal law that said states couldn’t “sponsor, operate, advertise, promote, license, or authorize” sports gambling. Nevada is the only state where single-game wagering is now legal.

Paspa “unequivocally dictates what a state legislature may and may not do,” Justice Samuel Alito wrote for the majority, adding that “a more direct affront to state sovereignty is not easy to imagine.”