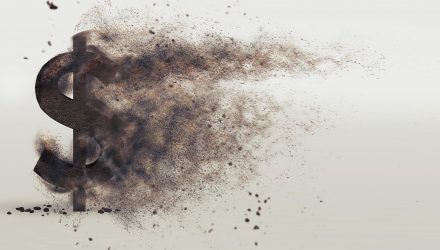 Junk Bond ETFs Try to Pick Up the Pieces

According to Bank of America Merrill Lynch, high-yield bond funds experienced $6.7 billion in outflows in the week ended November 15, the third highest outflows on record, reports Christopher Whittall for the Wall Street Journal.

Telecommunications firms were a larger contributor to the recent weakness, followed by problems in the healthcare segment. Some analysts are also concerned that retail investors, whom have taken on greater exposure to riskier assets in search of yields, may get spooked by the weakness and continue to yank money from the segment.

Given the recent pressure on the junk bond segment, other areas are beginning to draw unwanted attention, such as Dutch-listed telecom Altice NV, whose bonds have struggled following disappointing earnings and the resignation of its chief executive. The price of Italian contractor Astaldi SpA’s bonds due in 2028 were also under pressure.