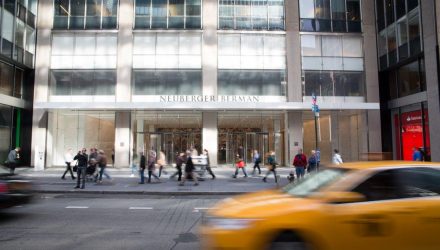 The Federal Open Market Committee is in the midst of a two-day meeting to discuss the current economic landscape and upcoming moves on monetary policy, which will include a policy decision announcement set to take place today with bond markets already reacting ahead of the decision.

The latest data from the Department of Commerce reveals gross domestic product rising by 4.1% in June, which could be a key motivator for the Fed with respect to determining monetary policy. Yesterday, Vanguard Interm-Term Corp Bd ETF (NASDAQ: JNK) received an influx of 35.82 million and SPDR Blmbg BarclaysST HY Bd ETF (NYSEArca: SJNK) saw an uptick in buy volumes with $39.03 million worth of trading volume experienced.

However, despite the activity, analysts aren’t expecting a dramatic change in the Fed’s current policy.

“We expect only minor changes to the policy statement to reflect the latest developments in the economy,” economists at Bank of America Merrill Lynch wrote in a research note.

Related: An ETF That Taps Into Closed-End Funds for High Yields

JNK seeks to provide investment results that correspond generally to the price and yield performance of the Bloomberg Barclays High Yield Very Liquid Index, which is designed to measure the performance of publicly issued U.S. dollar denominated high yield corporate bonds with above-average liquidity. While down 1.19% year-to-date based on Yahoo! Finance numbers, JNK is up 0.61% the past year and up 3.26% the last three years.