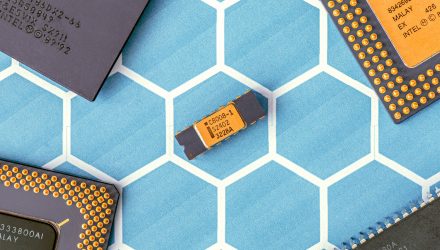 On a historical basis, June usually is not a good month for U.S. stocks. Over the past two decades, June has been the fourth-worst month of the year for the S&P 500 and the Dow Jones Industrial Average.

Both SMH and SOXX posted double-digit gains in May, easily outperforming broader technology ETFs and the Nasdaq-100 Index along the way, but trade-related challenges could pop up in June.

Robert Maire “sees, in particular, a risk that the US will not only tighten some chip sales to China but also sales of chip-making equipment. That could in particular include ASML (ASML), the maker of the most cutting-edge “lithography” tools for fabricating semiconductor circuits,” reports Tiernan Ray for Barron’s.

“To protect our national security, the United States will implement specific investment restrictions and enhanced export controls for Chinese persons and entities related to the acquisition of industrially significant technology,” according to a statement issued by the White House earlier this week.