You are at:Home»Investing»J.P. Morgan Muscles in on the ETF Industry 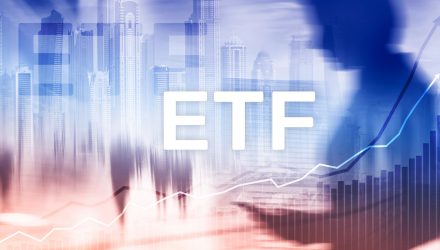 J.P. Morgan Muscles in on the ETF Industry

JPMorgan Asset Management’s exchange traded fund business saw sales increase tenfold as it tries to muscle out some of the more stalwart players in the ETF industry.

The Wall Street bank offered some of the best-selling newly launched ETFs of 2018, redoubling efforts to regain market share lost to BlackRock and Vanguard over the past decade, the Financial Times reports.

ETF investors funneled $16.8 billion into JPMorgan Asset Management ETFs in 2018, comopared to the $1.6 billion in inflows over 2017. The net inflows into JPMorgan ETFs also outpaced new ETF business in 2018 for both State Street at $6.6 billion and Invesco $6.8 billion combined.

“We expect to see substantial growth for ETFs over the next decade. We have spent a lot of time building the right teams, infrastructure and processes to compete in this space,” Bryon Lake, head of international ETFs at JPMAM, told the Financial Times.