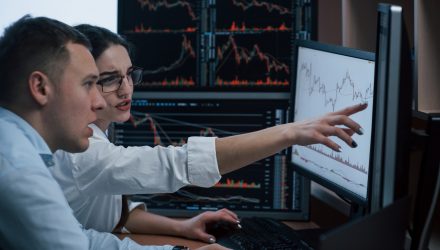 Jim Cramer: Now Is the Time to Buy Some Stocks

While most investors and analysts are shying away from stocks, or even altogether avoiding them like the plague, famed analyst Jim Cramer of CNBC’s Mad Money says now is the time to deploy some capital if you are sitting on cash.

After two days of heavy losses related to coronavirus fears, stocks have been battered and bloodied, and are barely struggling to get off of their lows. But Cramer says that this meltdown brings opportunity.

“I think you’ve got to start buying something,” Cramer said on CNBC.

The television host said he recognizes that more negative news related to the virus outbreak is possible, such as increased cases in the U.S. and possible deaths.

But he said he still feels there are some chances for investors to profit in the market, especially for those who have been sitting on the sidelines or have cash to put to work.

“If you have a lot of cash, let’s say you have 20% cash, you’re not going to put 1% to work?” Cramer said. “Are you really going to think that nobody has anything going on?”

Cramer previously said this week that drug companies remained attractive stocks even as markets fell. He also has urged investors to stick to the facts and be cautious.

Cramer’s comments come as stocks opened higher Wednesday. Yet markets then proceeded to nearly give back all of those gains as the early afternoon progressed.

On Tuesday, the market started off in positive territory, after making moves higher overnight. However, these gains were short-lived, and fear quickly overcame investors as markets plummeted to fresh lows, reaching losses of more than 9% in the S&P 500.

Nevertheless, Cramer believes that such dramatic losses represent opportunities, and investors would be foolish not to put some capital to work.

“If you haven’t put anything to work, I think you’re playing with fire,” Cramer said. “Look I would obviously say put it all to work if I felt you didn’t have these other shoes [to drop].”

Cramer noted that comments Tuesday from Dr. Anthony Fauci, director of the National Institute of Allergy and Infectious Diseases, regarding a potential vaccine have changed his thinking on the viral outbreak, which can be good for markets.

While there remains potential downside risk, there also is the possibility health officials and others working to combat the outbreak “do something good, and you’ll have bought nothing,” Cramer said.

Despite his recommendations, the Mad Money host does recognize that the coronavirus situation could deteriorate further.

“Am I optimistic? No … I’m just not as negative as I was,” Cramer said.

For investors looking to put capital to work, an ETF like the Invesco Solar ETF (TAN), which has performed quite well recently despite market volatility and plummeting stocks, could be a place to start.