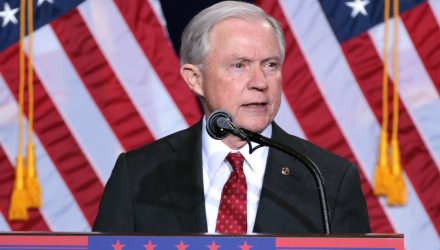 The Department of Justice announced on Wednesday that Attorney General Jeff Sessions would meet with state attorneys to discuss potential antitrust and censorship issues with major tech companies.

Devin O’Malley, a Department of Justice spokesman, released a statement earlier announcing that “the Attorney General has convened a meeting with a number of state attorneys general this month to discuss a growing concern that these companies may be hurting competition and intentionally stifling the free exchange of ideas on their platforms.”

This is just the most recent action taken against large tech companies by the administration, which has become increasingly hostile to tech and social media companies.