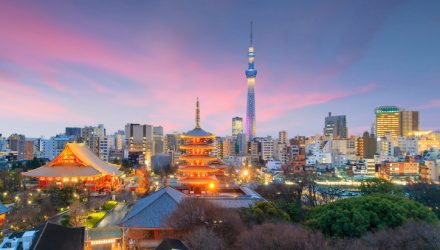 “Prime Minister Shinzo Abe’s party scored a solid victory in Japan’s general election, likely extending the lifespan of ‘Abenomics,’ including the Bank of Japan’s mega stimulus,” according to a BlackRock note.

“This is a win for Abe,” Sheila Smith, a Japan expert at the Council on Foreign Relations, told the Washington Post, adding that the supermajority showed “a real endorsement of Abe’s leadership.”

With the country backing Abe’s party, the economy may expect an extension on the so-called Abenomics reflationary policy, which includes aggressive central bank and government policies that helped lift the Nikkei Stock Average to 22-year highs.