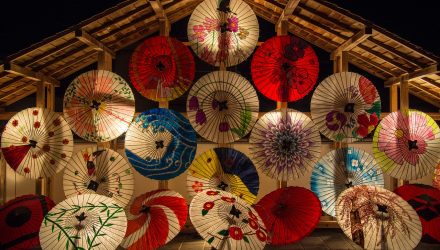 Japan ETF Rebound May Not Last

Japanese ETFs have recovered their footing after a two-month sell-off, but some aren’t so convinced that the good times will last.

The iShares MSCI Japan ETF (NYSEArca: EWJ), the largest Japan-related ETF on the market, has increased 2.4% over the past three months and is up 0.9% year-to-date.

However, some investors and analysts are still wary about the Japanese market’s outlook.

“We’re not as bullish as we should be,” Amir Anvarzadeh, a senior strategist at Asymmetric Advisors, told Bloomberg. “We aren’t convinced that this is a recovery scenario.”

Anvarzadeh warned that the Bank of Japan will reduce its monetary stimulus earlier than expected, which could impeded the rally in the country’s markets. Furthermore, there are geopolitical concerns about Iran and North Korea, according to Mitsubishi UFJ Morgan Stanley Securities Co.

THe Nikkei 225 Stock Average has strengthened as the weak Japanese yen currency retreated from a 16-month high against the U.S. dollar on the two Korea’s vow to make peace and U.S. President Donald Trump’s plans to meet North Korean leader Kim Jong Un.