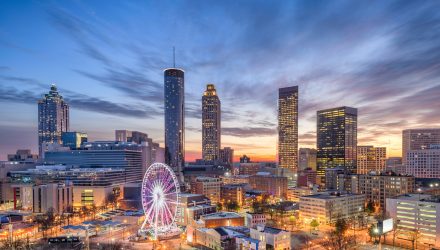 Mid-cap stocks and exchange traded funds, such as the SPDR Mid-Cap 400 (NYSEArca: MDY), are lagging their large- and small-cap counterparts this year. Some market observers believe that scenario is poised to change.

“That’s the market phenomenon where companies that are deemed potential takeover targets get bid up based on a higher anticipated acquisition price,” reports Bloomberg. “Many investors see mid-cap companies as a sort of sweet spot for deals, since they’ve surpassed their infancy and shown their staying power but aren’t expensive behemoths yet.”

“Mid-cap growth companies tend to have greater growth potential than their larger counterparts. But they also tend to be more volatile and could be more prone to mispricing, as fewer analysts cover these firms,” said Morningstar. “While some of the fund’s holdings may exceed expectations, there is always a risk that investors may be overly optimistic about these firms’ growth prospects.”

As investors look over their equity market exposure, investors may find that large-cap stock positions are too big for rapid growth and small-caps may expose them to more volatile short-term moves, but middle capitalization stocks and related ETFs may be just right. Middle capitalization stocks, or sometimes referred to as the market’s sweet spot, could help investors achieve improved risk-adjusted returns.

“Beyond M&A, there are other performance enhancers lining up for mid-caps. Faster earnings growth rates, increased capital spending and recent tax cuts are all drivers, according to Gina Martin Adams, chief equity strategist at Bloomberg Intelligence. Smaller companies tend to see faster earnings growth than their large-cap brethren, she said,” according to Bloomberg.

For more information on mid-caps, visit our mid-cap category.