You are at:Home»Equity ETFs»It’s Halftime & Active Funds Have Ground to Make Up 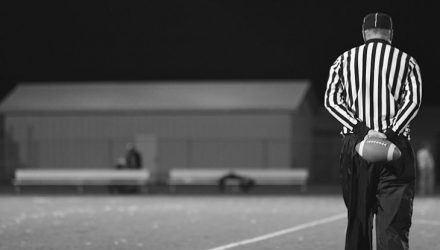 It’s Halftime & Active Funds Have Ground to Make Up

As many others in the past, 2017 was supposed to be the year when active management shined. Whether it was the election of Trump, the likelihood of multiple Federal Reserve rate hikes or something else, many arguments were made that this was the year when investors were to be rewarded for paying up for active management. Unfortunately, as we hit the halfway mark, many US equity mutual fund styles lagged some popular passive fund alternatives, while a leading active bond style matched its comparable index ETF.

Most US investors have a healthy part of their asset allocation with large-cap diversified equities. If their choice in 2017 had been SPDR S&P 500 (SPY) — the largest of the S&P benchmark based ETFs — the 9.2% gain in the first half would have been pleasing relative to the 8.7% for the average large-cap core mutual fund in the Lipper peer group. Part of the problem, as it will be for many other styles we discuss, is the 1.1% average expense ratio for mutual funds in contrast to the 0.09% for this index alternative. Of course, some active mutual funds, including CFRA five-star ranked Jensen Quality Growth (JENSX) have climbed higher in 2017. JENSX, which was recently overweighted to information technology and health care relative to the S&P 500 – bright spots this year – was up 12% through the first six months.

As hot as developed international markets were year to date through June, emerging markets were even hotter. Despite the rhetoric from Trump during the election campaign and to start his term against China, Mexico and many other such markets, the average emerging markets mutual fund was up 18.1% in the first half of 2017. Yet, iShares Core MSCI Emerging Markets ETF (IEMG) climbed an even higher 18.7%, aided by its net expense ratio of 0.14% that was well below the 1.5% mutual fund average.