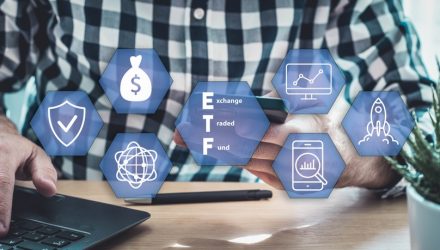 Financial sector-related exchange traded funds will be in the limelight this week as Wall Street banks kick off the earnings season.

Investors who are worried about recession risks will be monitoring the results for any guidance among Wall Street’s most powerful executives on the state of the economy and where we are heading, CNN reported.

Last month, JPMorgan CEO Jamie Dimon previously stated that the company is already prepping for a “non-benign environment” and “bad outcomes” and warned investors to brace for a potential economic “hurricane.”

While the U.S. markets have plunged this year, forward guidance remains largely unchanged. Consequently, market analysts are worried about whether or not current projections could hold through this upcoming earnings season.

“The key thing to look for is the reserves,” Tim Ghriskey, senior portfolio strategist at Ingalls & Snyder, told CNN, referring to the cash holdings that financial institutions have held on to meet central bank requirements. “How much they’re reserving will show how concerned they are about a recession. That will be data that will be closely watched by analysts and investors alike, that’s very key.”

Looking ahead, analysts anticipate overall S&P 500 earnings to expand by 5.6% in the second quarter, or downwardly revised from an expected 6.8% at the start of April, according to Refintiv data. This would mark the slowest quarter of growth since the Q4 of 2020.

Meanwhile, the financials sector, which includes the big banks, could be in for a rough earnings season based on tough comparisons to last year, including the release of loan loss reserves, according to Chris Haverland, a strategist at Wells Fargo Investment Institute. Haverland estimated that the sector’s second-quarter earnings per share growth could contract by -22%.