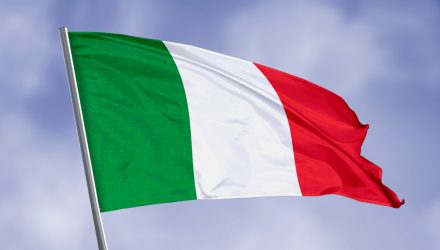 Italian stocks and bank debt led the region’s losses while the yield on 10-year government debt surged to widen the gap with German rates, a reflection of risk, to its most in a month, Bloomberg reported.

The political uncertainty comes after a rapid debt selloff last month pushed the European Central Bank to pledge a new tool to hinder any unjustified rise in yields. The risk now is it will be harder for officials to make swift changes that could be harder to justify as monetary policy than based on domestic politics.

“Italian bonds are opening wider this morning ahead of a Senate vote that could split the current coalition, lead to the resignation of PM Draghi, and to snap elections in the autumn,” Antoine Bouvet, a strategist at ING Groep NV, told Bloomberg. “It’s fair to say that a political crisis would come at the worst possible time for the ECB as it has to attach some sort of conditionality to its fragmentation instrument.”

The ECB is largely anticipated to reveal its first interest-rate hike in a decade next week. The difficulty is to raise rates while keeping government bond markets orderly since higher borrowing costs will weigh more on indebted nations like Italy.

“Italian politics pulls the rug under the ECB,” Davide Oneglia, director of European and global macro research at TS Lombard, told Bloomberg. “The ‘anti-fragmentation’ tool was always going to stand on a shaky foundation and relatively quiet Italian politics was a prerequisite for it to work. Some market panic seems in order.”

Meanwhile, Italian Prime Minister Mario Draghi stated he will resign after the 5-Star Movement, a party in his ruling coalition, failed to back a confidence vote, NBCNews reports.

“I will tender my resignation to the president of the republic this evening,” Draghi told the cabinet, according to a statement released by his office.

“The national unity coalition that backed this government no longer exists,” Draghi added.